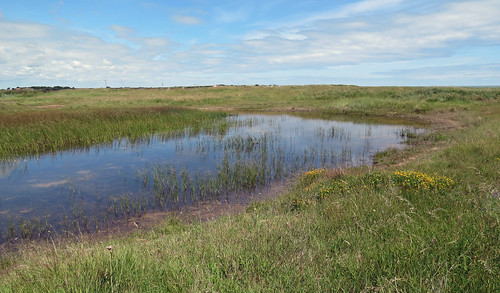 With news out that some migratory dragonflies had been observed at Spurn, I decided to head over there for a long overdue visit. The target species was Red-veined Darter Sympetrum fonscolombii, a species that has been very thin on the ground since 2009, with only single records in 2012 and 2013. The location to find these scarce visitors at Spurn was on Clubley’s Scrape, a series of three small shallow ponds, one of which has totally dried out on this visit. After a couple of circuits I finally found my first male, which then briefly chased a female away across the pond. Eventually at least three males were found, all with their own favoured territories. This site has always proved a good location to photograph Emperor Dragonfly Anax imperator, our largest species in terms of wing span, and so it proved to be again, with two males settling, allowing close approach, and a series of great shots. There was plenty of activity from the Black-tailed Skimmers Orthetrum cancellatum, with several mating pairs, and ovipositing females evident. In addition to these species a few Four-spotted Chaser Libellula quadrimaculata, Emerald Damselfly Lestes sponsa, Common Blue Damselfly Enallagma cyathigerum and Blue-tailed Damselfly Ischnura elegans were present. 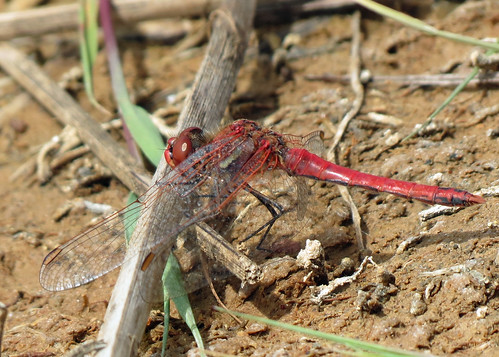 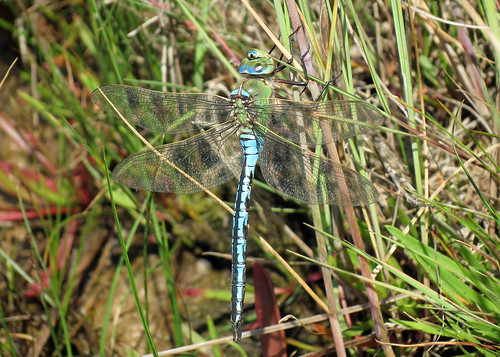 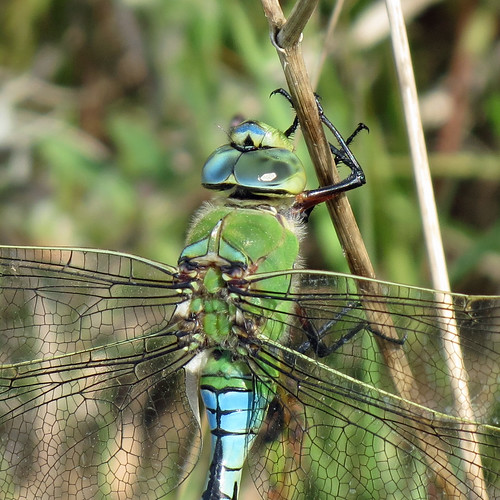 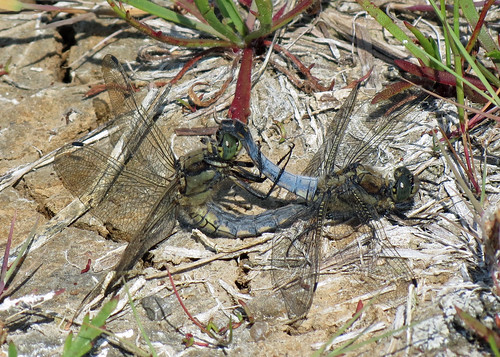 Whilst stood patiently waiting for my quarry to settle, I was briefly joined by a Roe Deer Capreolus capreolus, which didn’t seem overly concerned about my presence. 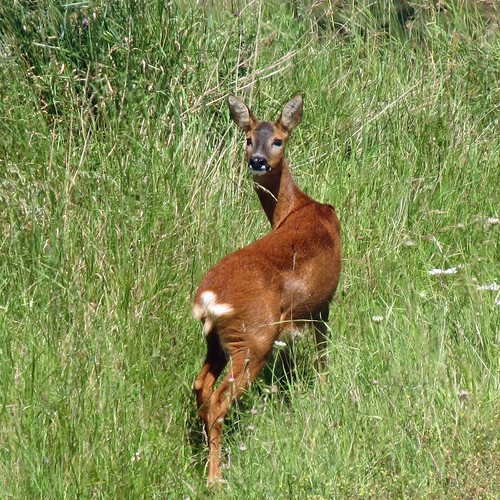